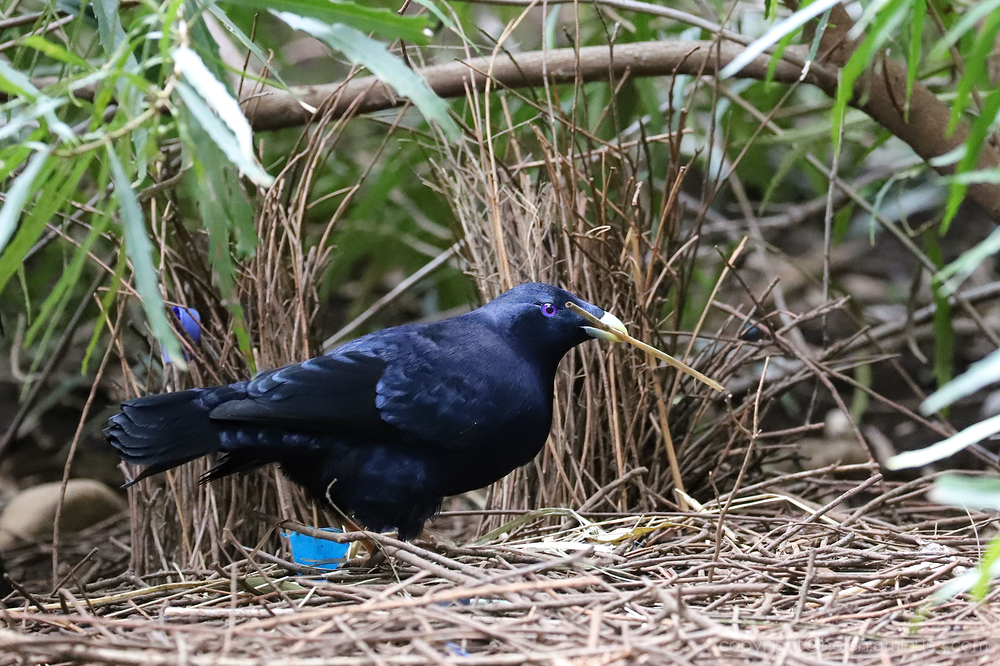 Posted by : Helen : (who is currently photographing in, Australia) on 18 October 2019 in Animal & Insect.

This is a male Satin Bowerbird.

They are known due to "its practice of building and decorating a bower to attract females. This consists of two parallel walls of sticks, is built on the ground, and is used as a courtship arena during the breeding season. The male decorates it with bright blue coloured objects that it collects; the majority of decorations away from human habitation.

A mixture of chewed vegetable matter and saliva is used to paint the walls of the bower. The bower owner meticulously maintains it throughout the year. On the arrival of a female, the male Satin Bowerbird leaps into a ritualised display of exaggerated movements, such as strutting and bowing, with wings outstretched and quivering, and accompanied by a variety of mechanical-sounding calls, such as buzzing and rattling interspersed with mimicry."

Thanks for contributing your story to Aminus3 Discover. It has been posted here