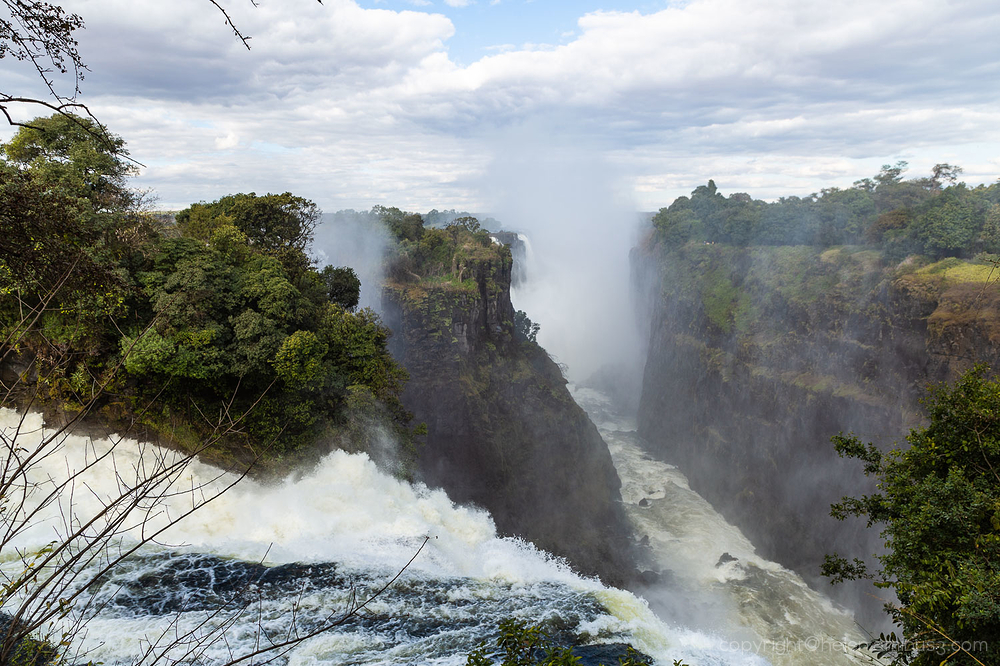 Posted by : Helen : (who is currently photographing in, Australia) on 13 December 2018 in Landscape & Rural.

The falls are formed as the full width of the river plummets in a single vertical drop into a transverse chasm 1,708 metres (5,604 ft) wide, carved by its waters along a fracture zone in the basalt plateau.

The depth of the chasm, called the First Gorge, varies from 80 metres (260 ft) at its western end to 108 metres (354 ft) in the centre. The only outlet to the First Gorge is a 110-metre (360 ft) wide gap about two-thirds of the way across the width of the falls from the western end. The whole volume of the river pours into the Victoria Falls gorges from this narrow cleft.