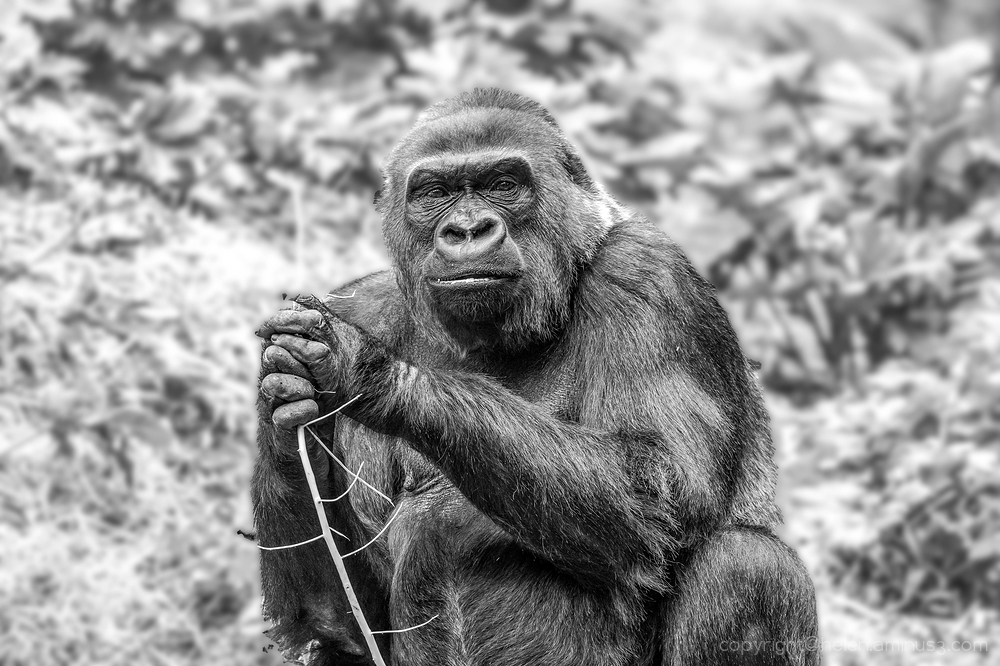 Posted by : Helen : (who is currently photographing in, Australia) on 11 September 2018 in Animal & Insect.

"No-one misses a visit to meet the Western Lowland Gorillas at Melbourne Zoo. These fascinating creatures, which are from the same family as humans, Orang-utans and chimpanzees, share many features with us – they even giggle when amused!

Gorillas are native to Angola, Cameroon, the Central African Republic, the Congo, Equatorial Guinea and Gabon. Gorillas are classed as ‘critically endangered’ by the International Union for Conservation of Nature and Natural Resources (on the IUCN ‘red list’), with numbers in the wild falling. These critically endangered animals are vulnerable to habitat loss from mining, logging and the illegal bush meat trade. It is not known how many remain in the wild, but it is known that their numbers are decreasing.

I know this person, is my uncle Jim!

Reminds me somewhat of someone I worked for . . briefly.