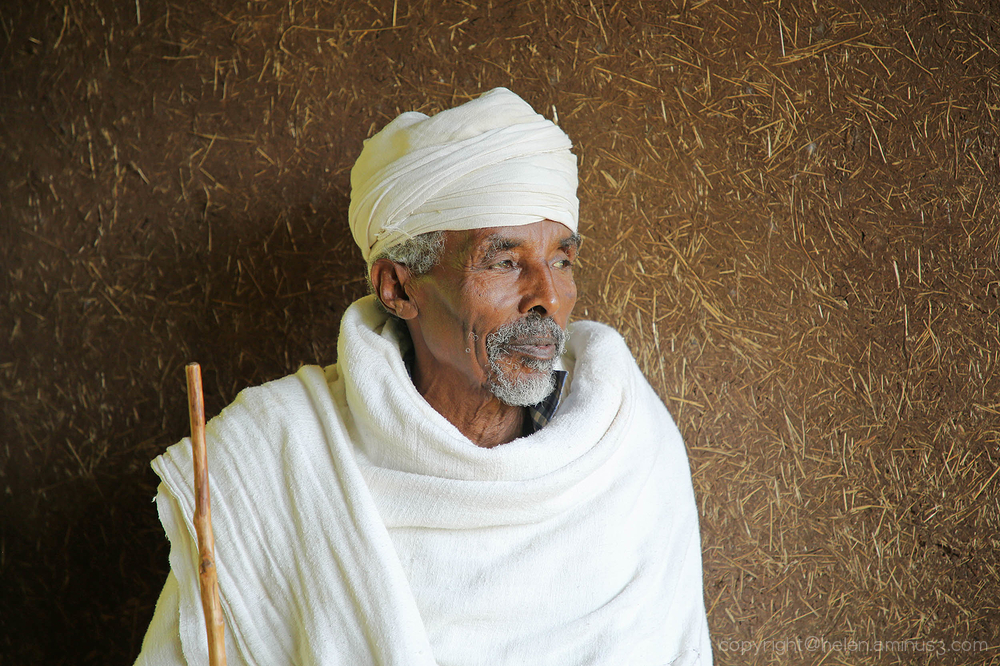 Posted by : Helen : (who is currently photographing in, Australia) on 8 September 2018 in People & Portrait.

This priest posed for me at Narga Selassie which is an Orthodox Tewahedo church on the western shores of Dek Island, the largest island of Lake Tana in northern Ethiopia. "The name signifies "Trinity of the Rest". "Rest" refers to the place and the shade thereabouts.

The church was constructed by Empress Mentewab in the late 18th century, apparently using as construction material for doors and roof a gigantic sycamore fig tree that stood at the centre of a slight elevation, now the centre of the church. Narga Selassie is fully decorated in the local style. A relief on the main entry portrays the Scottish explorer James Bruce, who visited the capital, Gondar, in the late 18th century."