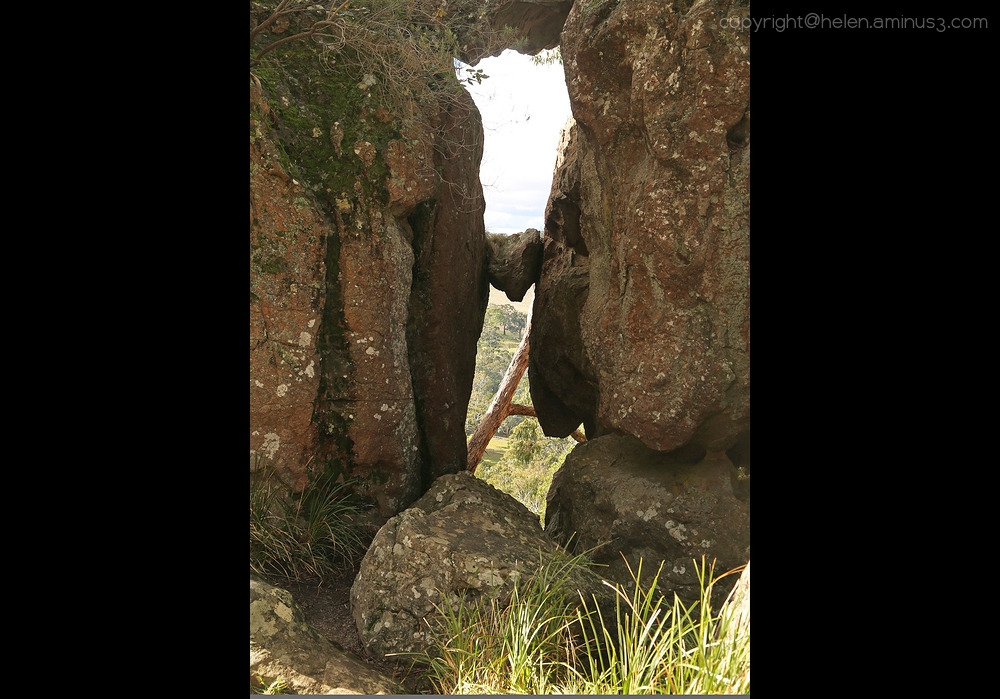 Posted by : Helen : (who is currently photographing in, Australia) on 22 July 2017 in Landscape & Rural.

This moody volcanic rocky outcrop is steeped in mystery and folklore. This is mainly due to an Australian historical fiction novel by Joan Lindsay. It is such a good tale that, for many, turned fiction into fact.

Synopsis
" Its plot focuses on a group of female students at an Australian women's college in 1900 who inexplicably vanish at Hanging Rock while on a Valentine's Day picnic. It also explores the outlying effects the disappearances have on the school and local community." The novel was first published in 1967 in Australia ..... and reprinted ..... in 1975. "It is widely considered by critics to be one of the most important Australian novels of all time.

Though the events depicted in the novel are entirely fictional, it is framed as though it is a true story, corroborated by ambiguous pseudohistorical references. Its irresolute conclusion has sparked significant public, critical, and scholarly analysis, and the narrative has become a part of Australia's national folklore as a result. Lindsay claimed to have written the novel over two weeks at her home Mulberry Hill in Baxter, on Victoria's Mornington Peninsula, after having successive dreams of the narrated events."