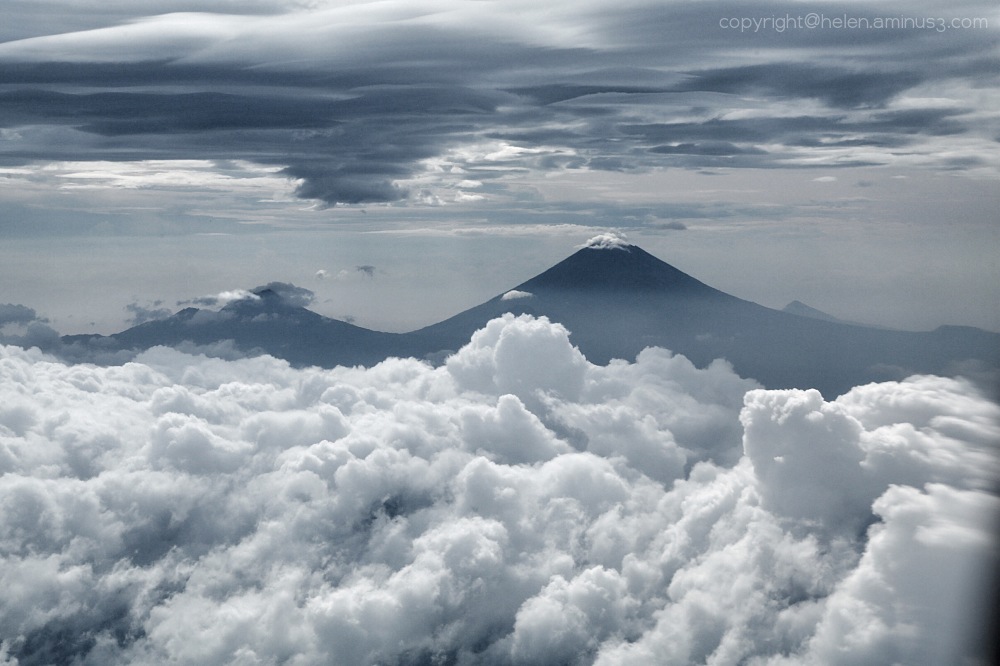 Posted by : Helen : (who is currently photographing in, Australia) on 2 April 2017 in Landscape & Rural.

The highest land feature on the island of Bali, Indonesia, is Mount Agung or Gunung Agung is often covered in cloud. It is in fact an active volcano that erupted back in 1963-1964.

A significant holy Hindu temple, the Pura Besakih, is situated on the side of the volcano "as the Balinese believe tit is a replica of Meru, the central axis of the universe."

@Anna Cherer: It is exciting when the top clears enough to see the top!

@Devi: Thanks so much Devi!

@maurizio: Ha, ha, thanks Maurizio. You have good sense of humour! ;-)

@MAU: Thank you so much for visiting and leaving such a lovely comment!

@Darkelf Photography: Thanks so much. A complete surprise. It is a plane window shot, and I nearly didn't bother!

Stunning image !!! The view is spectacular ...
Congratulations on the Spotlight !!! Well deserved Helen ...

...and Congratulations on your Spotlight !

Wonderful capture, congrats on the spotlight ! :-)

@Sam: Thanks so much Sam!

Well, I was expecting your previous to hit the Spotlight but here you are with a fine follow-up equally deserving ! Congrats, Helen.

You see why I said it was a fantastic view and shot? You got the Spotlight. Congratulations.

A fabulous image! The clouds are gorgeous! Congratulations on the Spotlight!

No wonder this was chosen. Fantastic!

Congratulations on your SPOTLIGHT!

Wonderful! Congratulations on your spotlight!

Congratulations on the Spotlight.

This image has been featured in 3 Remix collections.