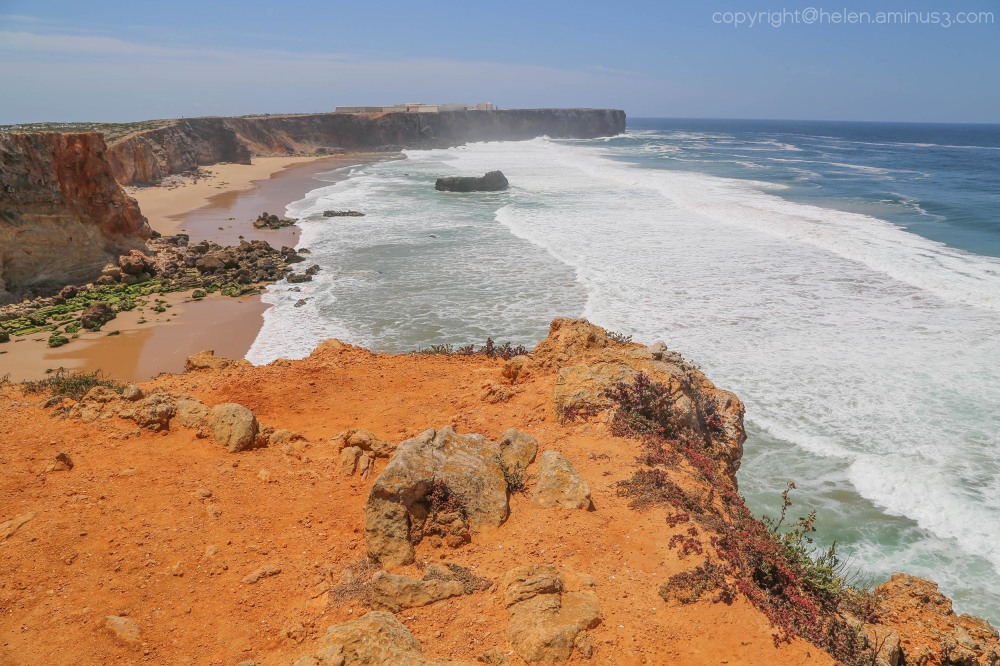 Posted by : Helen : (who is currently photographing in, Australia) on 23 February 2017 in Landscape & Rural.

On the road to Sagres, Portugal

"Sagres is located in the extreme southwest of continental Europe, and marked by two geomorphological structures: the Cape St. Vincent and Sagres Point, which establish a transition between the eastern coastal and meridional zones. Exposed to the Atlantic Ocean, it is influenced by Mediterranean currents, marked by promontories of high cliffs leading onto a platform that oscillates between 100–200 metres (330–660 ft) (in the north) and 50 metres (160 ft)). Whether by coastal erosion, or the hard rock, its composition influences the relief of the area."

The vastness of the beautifully colored picture is so inviting

Wonderful look over the dramatic cliffs and the surf. I like the red earth in the foreground!

It has a wild beauty. A great image.