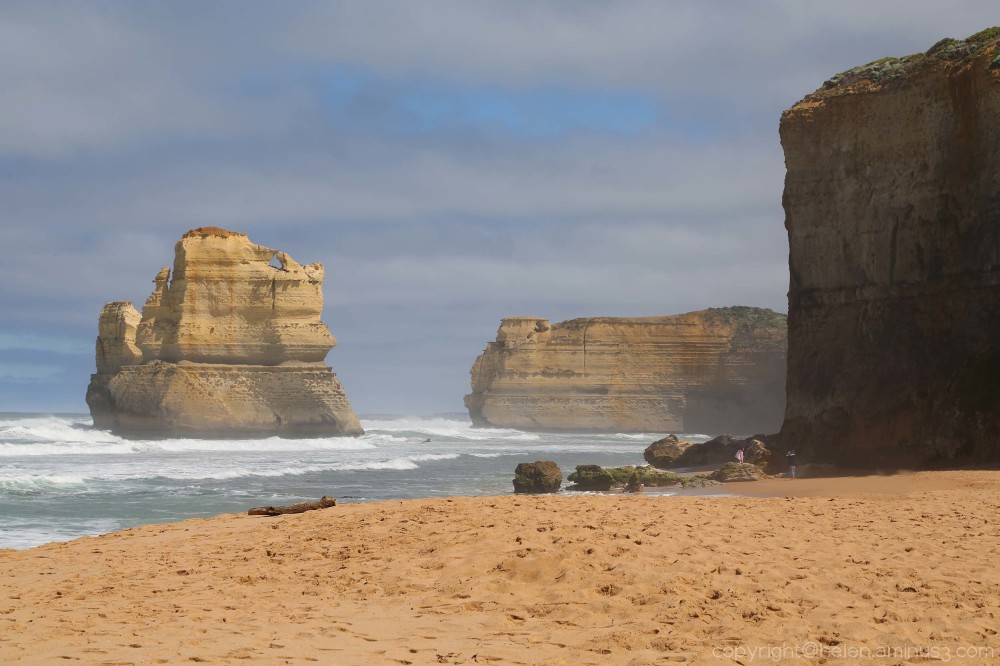 Posted by : Helen : (who is currently photographing in, Australia) on 4 December 2016 in Landscape & Rural.

The Gibson's Steps are the first stop along this amazing coastline if you are heading west from Melbourne. Once you descend the 86 steps down the sheer cliff face, you are rewarded with this view!

Once on the beach you are dwarfed by the 70 metre high cliffs one one side and you can see the giant limestone stacks rising up out of the sea.

The steps were carved into the face of the cliff by local settler Hugh Gibson, who worked on the route originally used by the Kirrae Whurrong people.

What an amazing presence those rocks carry . . you have me reading up on the Kirrae Whurrong, now !

Lovely !!
Okay I went into search before commenting...
saw the pictures of the people...the eel trap, the woven baskets, the wallaby tooth necklace..
So much in our world we don't know yet!
Thank you Helen... I have learned something new today :))) Have a nice time :)

Excellent capture of the strata and erosion

A must visit area for sure.

Love the sandy view of these majestic rocks.

Thanks for contributing your story to Aminus3 Discover. It has been posted here