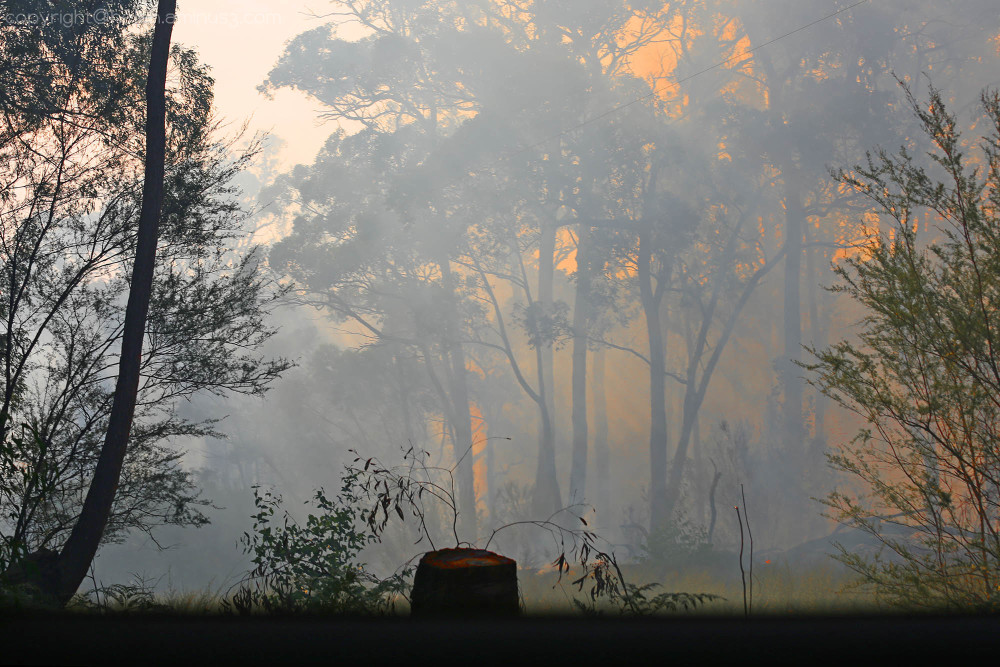 Posted by : Helen : (who is currently photographing in, Australia) on 10 May 2016 in Documentary & Street.

In this photograph you can see the fire in the trees along the road. The fire was lit and controlled by firemen from the Department of Environment, Land, Water and Planning (DELWP).

This fire is a controlled burn that aims to reduce fuel on the forest floor to assist in the control of wildfires.

You may be interested to look at the planned burn schedule available for the public. DELWP - Planned burns for the next 10 days

Many of you followed my recent series 'After the Fire' which focused on a mountainous area in Australia three years after a wildfire.

These photographs show the proactive side of Australian authorities preparing for the hot fire season in January to March.

A beautiful image with subtle colors that are very attractive.

Have to say there is a cruel beauty to this . .

What an idea to fight fire with fire !!!
I wonder if some of those bushes that start this fire have some fuel element in them !!!
This is an awesome image...and that stump in the foreground makes this scene sad....like predicting disaster !

These are great images Helen. As is the information, that you post with them. Thank you

Terrifying view, but necessary process...
Forests are so beautiful...