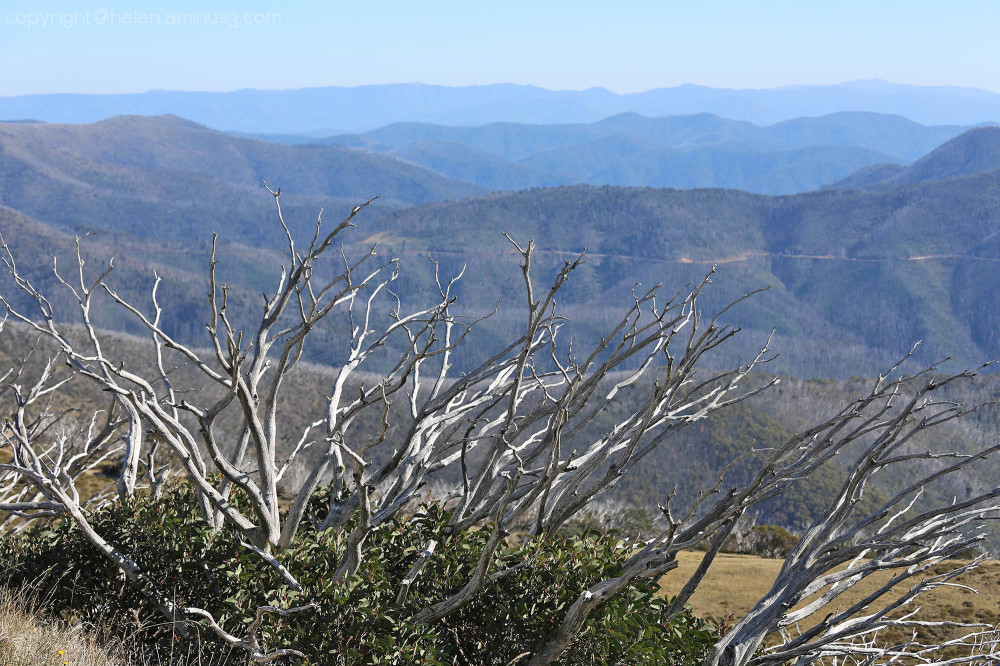 Posted by : Helen : (who is currently photographing in, Australia) on 4 May 2016 in Landscape & Rural.

There has been interest about the Snow Gums (Eucalyptus pauciflora) and their ability to regenerate after fire.

The next few photographs will show the state of the mountain 3 years following the fire. The fire swept up the mountain following a few years of drought. The intensity of this 2013 wildfire killed many Snow Gums that normally survive and regenerate. Today's photograph shows one Snow Gum's regeneration three years after the fire.

This fire came so fast there was not enough warning to evacuate towns or residents. It broke all containment lines and burned up toward Mt. Hotham, known for it's ski resort. We visit the mountain 3 years later.

THe Conversation: Ashes to Ashes – what could the 2013 fires mean for the future of our forests?

THe surroundings are so beautiful. I am happy to know there is some new life after such devastation.