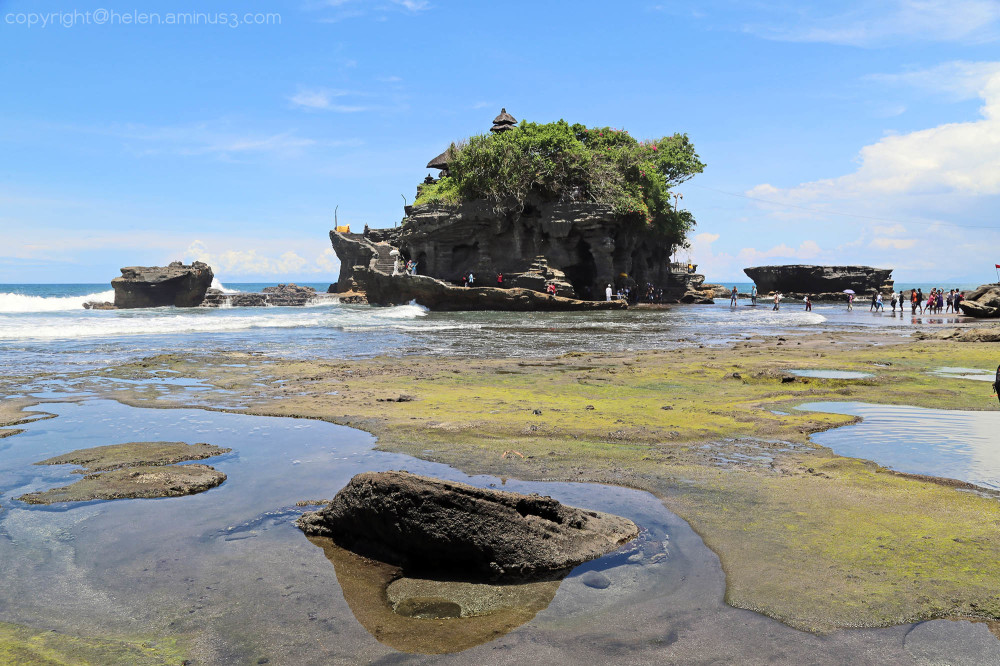 Posted by : Helen : (who is currently photographing in, Australia) on 1 April 2016 in Landscape & Rural.

Tanah Lot temple is one of seven sea temples around the Balinese coast. It is a part of Balinese mythology for centuries. Each temple was within eyesight of the next to form a chain along the south-western coast.

"The temple is purportedly protected by a giant snake, which was created from Nirartha's selendang (a type of sash) when he established the island."

In the cave at the base of the temple there are many venomous sea snakes. It is believed that they guard the temple from evil spirits and intruders (although the locked gates do that very successfully).

what an amazing shot and legend!!!
Beautiful composition !

I have to say that the venomous sea snakes would keep me out, without the gates. you post such interesting photos, and information Helen. Thank you.