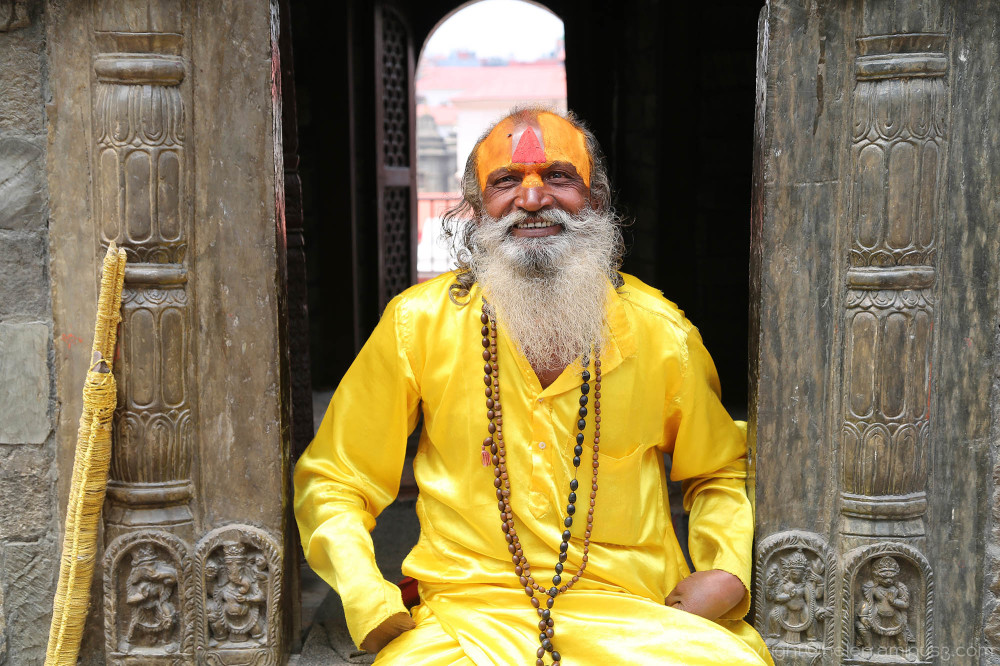 Posted by : Helen : (who is currently photographing in, Australia) on 18 November 2015 in Lifestyle & Culture.

Hindu holy men or monks are revered in both Nepal and India. Many Sadhu's may be seen at Pashupatinath Temple as it is Nepal’s oldest Hindu temple. and one of the great pilgrimages. Many travel to attend the Shivaratri festival held in honor of the Hindu deity Shiva.

To become a Sadhu a man seeks a guru to perform ‘guruseva’ to learn the ways of the Sadhu to live their life apart or adjacent to society so they are able to focus on their own spiritual practice. After they renounce their possessions, friends, family and society they are considered ritually dead and often attend their own funeral.

Often they live in a very simple way such as in caves, (these may be seen in the river banks at Pashupatinath), forests or Hindu temples.

Sadhus survive on the support given to them by others. Sadly there are occasional impersonators or 'fake' Sadhus in highly frequented tourist destinations which make many tourists wary, which is a shame, as the majority of Sadhus are truly the 'holy men' of Nepal.

A lovely series, so full of information.

Stu from From Scotland | Living in Kyoto, Japan

Oh this too good. A wonderful and human portrait with super colours also. Bravo.