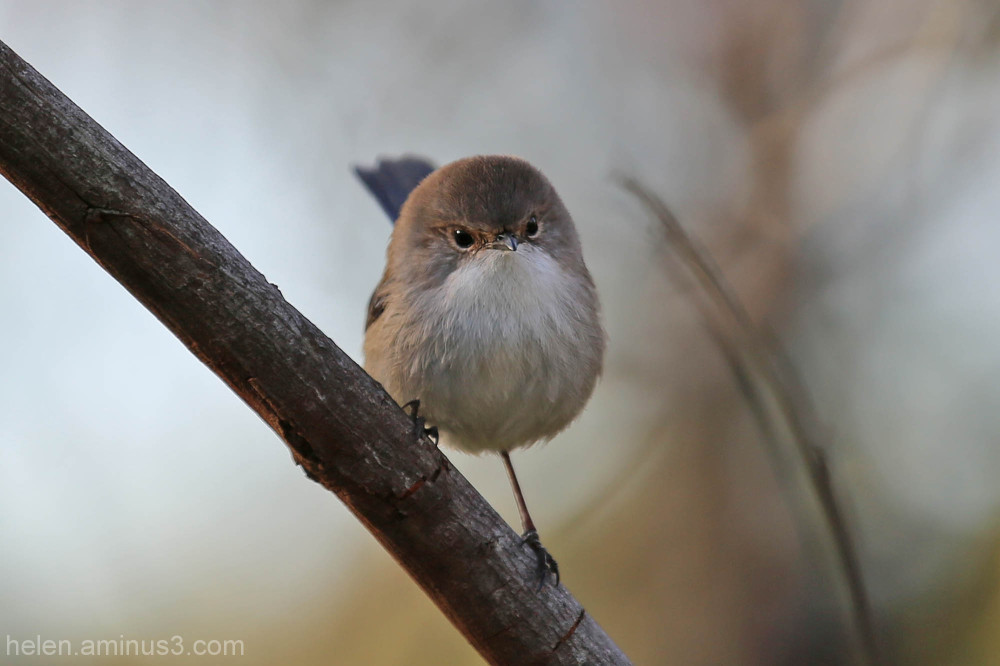 Posted by : Helen : (who is currently photographing in, Australia) on 21 August 2015 in Animal & Insect.

I am not quite sure if this is an immature male or a female. My first instinct was that it was a female but, due to the blue tinge in the tail feathers, I hesitate. There is no distinctive head colouring appearing to suggest it is a male. Refer to my photograph of the flamboyant male Blue Fairy Wren here. I have a particular soft spot for these elusive little birds, particularly for the delightfully delicate females (commonly known as Jenny Wrens).

What a lovely portrait this is . . five-star material.

A very pretty picture of the little fine bird.

A wonderful stance... I think this little cutie has an attitude! Just adorable, an awesome close-up of this little bird! 5*****