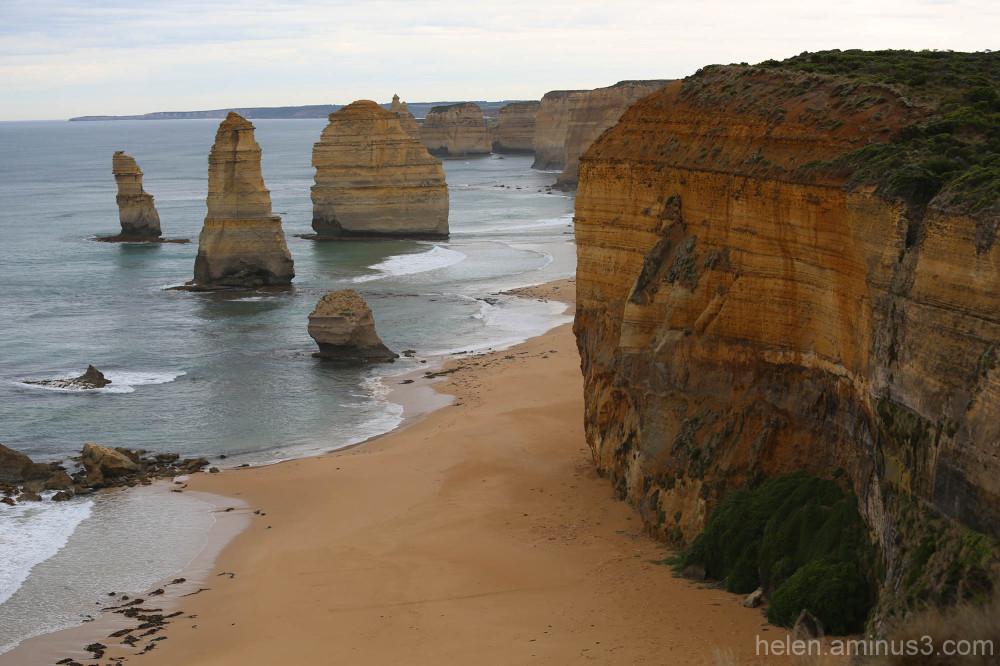 Posted by : Helen : (who is currently photographing in, Australia) on 3 March 2015 in Landscape & Rural and Portfolio.

The Discovery Coast or Great Ocean Road can be found in Victoria, a south-eastern state of Australia. Australia boasts many beautiful coastlines. This coastline is definitely one of Australia's most remarkable. Please join me in a quick tour of this extraordinary coastline during rather ordinary weather.

Nor far along the coastline from Port Campbell one can view the rock formations called 'The Twelve Apostles'. The rock pillars only ever numbered nine, despite the name. The battering of the waves of the Southern Ocean has reduced the number to eight. One pillar crumbled into the ocean in 2005.

What a fascinating setting - it feels kinda 'unchanging' but, of course, it is the way it is because of change !

Looking great here !! Wonder how long these will stand here !