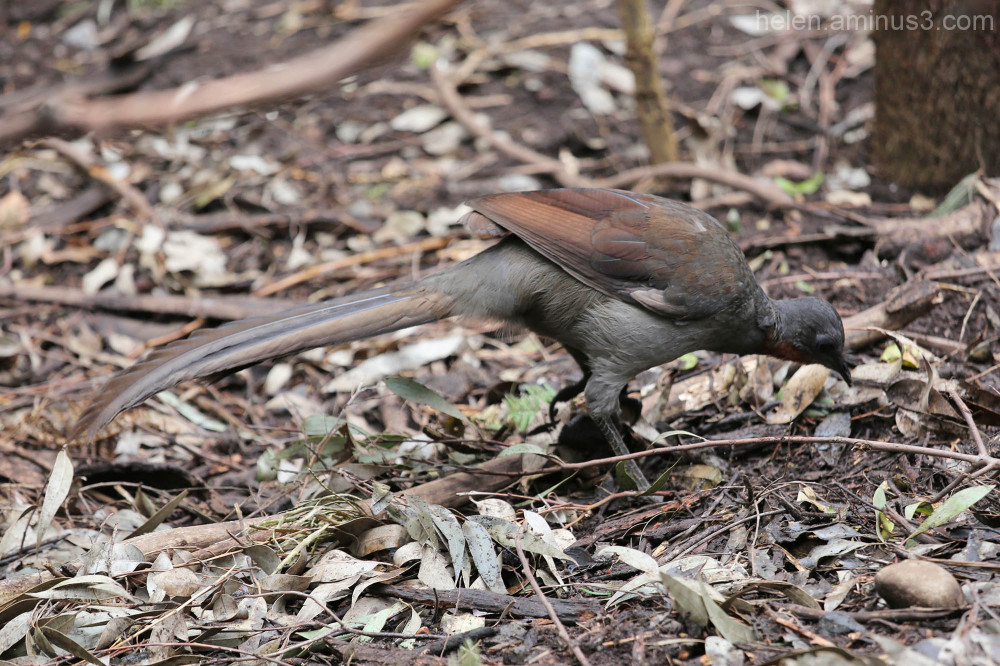 Posted by : Helen : (who is currently photographing in, Australia) on 19 October 2014 in Animal & Insect.

If you have just joined us we are on an Australian animal safari for this series. All these photos were taken at Healesville Sanctuary in Victoria, Australia. If you would like to return to the beginning of the series click here

This photo is of a Lyrebird. The Lyrebird is an unremarkable bird to look at. It hides in the understory of the moist temperate rainforests and scratches around digging through the soft soils and leaf litter for food.

Whilst the lyrebird certainly doesn't win the fashion stakes although the male does have quite a remarkable display to attract the female of the species. The tail when erect displays a stunning array of plumage that is the shape of a lyre (an ancient stringed instrument).

This rather dull looking bird has another attribute that is remarkable. It is an amazing mimic. The sounds it makes and the tail display must be seen and heard to be believed. CLICK HERE to join David Attenborough as he experiences a mating display deep in the Australian eucalypt forest.

Another wonderful shot and info. I shall visit Attenborough and enjoy the bird more...
Thank you Helen:)