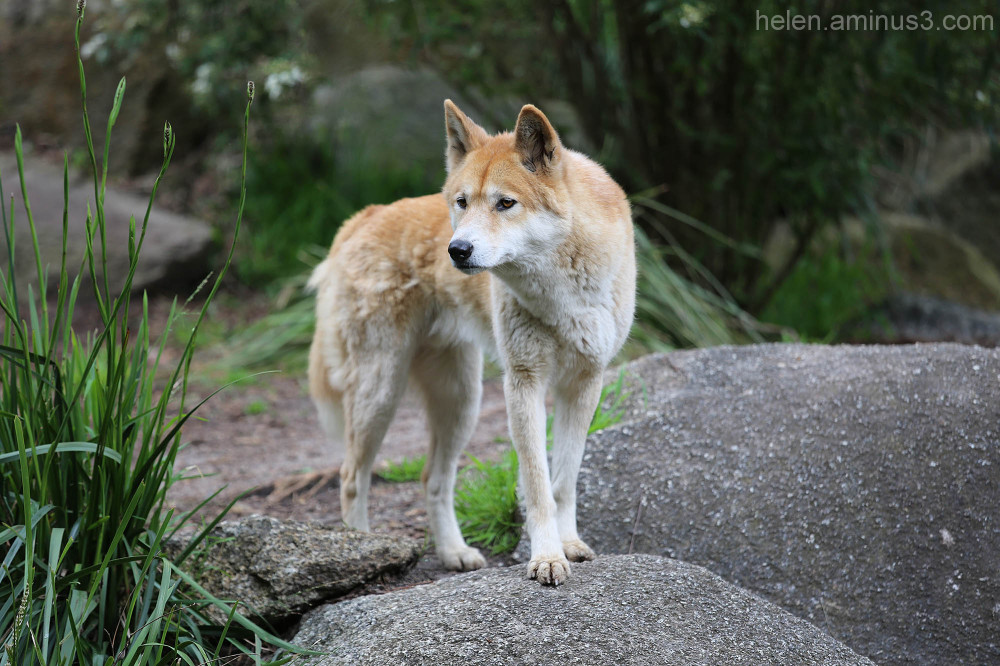 Posted by : Helen : (who is currently photographing in, Australia) on 6 October 2014 in Animal & Insect.

I invite you to join me on an Australian animal safari on this series. Hopefully you will see some animals you have not seen before. All these photos were taken at Healesville Sanctuary in Victoria, Australia. As a member of Zoos Victoria this sanctuary's ambitious vision is to be the world's leading zoo-based conservation organisation.

Situated in a natural bushland, animals are cared for in environments similar to that of their original homes. The carers are fighting the extinction of many animals and prioritise the care of native threatened species.

This photo is of a male Dingo. You may think it is just a yellow dog like may others. There is a difference. Dingos are only found in Australian continent and it does not bark but howls. For more information and an audio of a Dingo howling click here.

@Devi: This is the top dog! It shows doesn't it! Thanks Devi

@Dimitrios: He is up there surveying his territory.

He looks like he is up to no good. Pretty animal, though

@beach: He was actually watching some free birds that were in the other side of a waterfowl area.

Excellent !! This is a brilliant portrait of this marvelous animal. Sharpness and focus are remarkable. The captured pose is simply superb !!

@Josep: Thank you so much Josep. I hope you enjoy this series.

@omid: Thanks, as always Omid