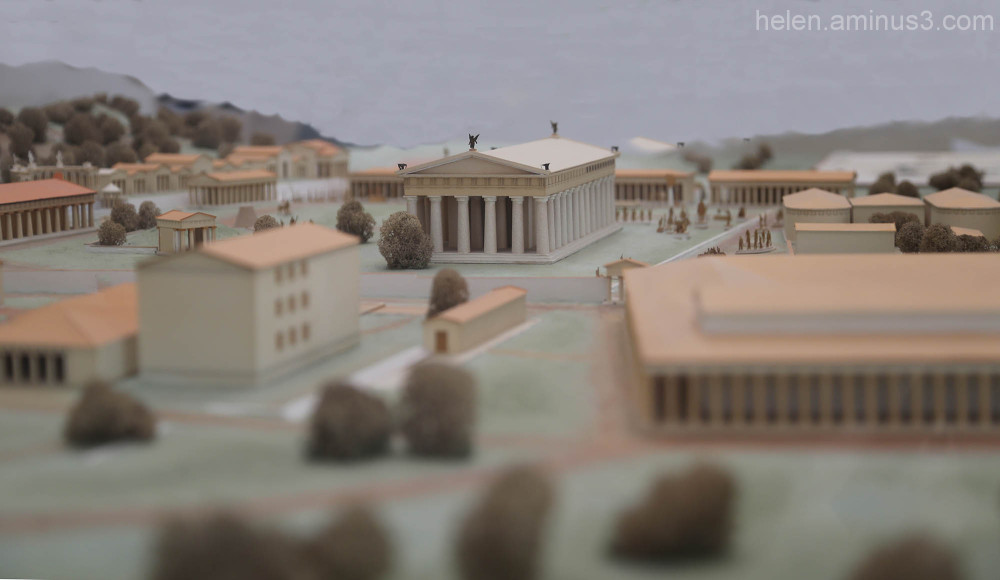 Posted by : Helen : (who is currently photographing in, Australia) on 5 October 2014 in Architecture.

Come with me on a tour of the fabulous ruins of Olympia found in Greece. Olympia, as the name suggests, was the site of the original Olympic Games. They were held every 4 years from the 8th century BC to the 4th century AD in honour of the god Zeus. More info on Wikipedia

This photo is a photo of the model of the conceptual layout of the ancient Olympia site. It lies in the foyer of the museum. I watched people peering through the glass for a while before I had a turn. Bending down and squinting a little, it is not very difficult to transport yourself into this world if you fire up your imagination.

For a giddy moment, I thought you had used tilt-shift on a complete re-build ! Fascinating to see what once had been.

@Ronnie 2¢: Ha, tilt shift. Looks like it, but no. Selective focus on a model. Thanks for your faithful visits and your interest!

Beautiful...Is that the Parthenon or Temple of Athena Nike ?

@Devi: Neither Devi. It is a model of the ruins or the city of ancient Olympia we have been looking at for the past few days. Incredible isn't it?

Great depth of field, Helen. I have enjoyed your shots of Olympia.

you went back in time! well done Helen, well done*