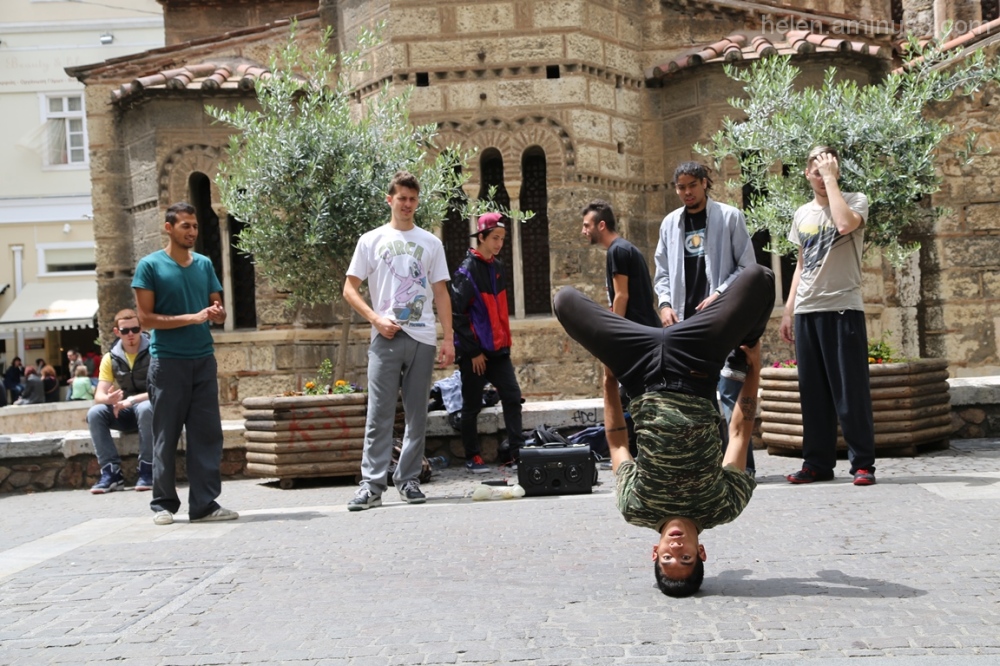 Whilst in Athens I browsed around the vibrant Plaka area. This market and restaurant area attracts thousands of tourists a day. I decided to have a mobile lunch and wander around. I bought a cheese pie and a coffee and sat on the wall of a little Byzantine church to enjoy my fare in the shade in company of a thousand pigeons.

Near me on the other side if the tree was a group of young Greek boys. They were happily talking and laughing, when one stood and turned on a boom box. It quickly became evident they were buskers. Sitting where I was gave me an interesting glimpse into the behind the scenes interactions and decisions as to what music and dance they would perform next. They were fantastic and between them performed a range of rap dances and gathered large crowds.

During their break I chatted to them and they talked freely how they were good friends and created and practiced together often. I was very impressed by these polite young men who were occupying themselves in such a positive and artistic way.

love the picture and the story*
By the way we baptized our daughter in this church 29 years ago! It is called Kapnikarea

@Dimitrios: How wonderful! Thank you for sharing that D. It makes this place all the more rich and memorable.

Interesting tale behind this image ... and then Dimitrios' also.